Sildur’s Shaders is a shaders pack that focuses on options. Many shaders packs out there have some heavy limitations, such as only working for Microsoft operating systems or only functioning on higher-end computers. This shaders pack functions on most operating systems, and it comes equipped with many various editions that are sure to cater to whatever kind of operating system, Minecraft build, or processing specs the player may have. There are a few types of shaders, each with subtypes within them. For example, there is a set called Vibrant shaders which add a graphical overhaul to the game’s aesthetic. The Vibrant shaders have versions called Lite, Medium, High, High-MotionBlur, and Extreme. And those options are only considering the Vibrant shaders. There are also Basic shaders as well as Light shaders. If you are someone who has been interested in the idea of shaders but have felt limited due to your operating system or processing capabilities, Slidur’s Shaders are a great way to get your feet wet.

Moving on to the actual shaders themselves, this shaders pack adds tons of graphic changes to the game, ranging from simple features to more elaborate ones. For starters, this pack adds dynamic lighting and shadows. Light seems to be a binary function in vanilla Minecraft: either it’s there or it’s not. Sure, brightness and color are something that continues to improve in the game, but none of them seem to really explore the capabilities that lighting can have in Minecraft. This mod truly dives into the different effects that something as simple as light can have, morphing a bland torchlight to a cozy luminescence. Sunlight is another aspect that this mod gives justice to. At high noon, the sun is bright and invigorating. A subtle touch of lends flare also seems to be added, giving the game more of a cinematic feel. At the end of the day, the sunset looks more like an actual sunset, rather than the sky simply turning orange. The surrounding clouds have the same colors to them, and there is a clear transition from the blue of the sky to the orange of the sunset.

Water is another aspect this shaders pack plays with. These shaders transition the traditional look of water to a more mysterious and beautiful one, much like actual bodies of water have. A simple pond in the game may look like a crystal watering hole, and a large ocean may feel more like an unknown abyss of wonder and terror. The last major update to vanilla added tons of features to the underwater aspect of Minecraft, and this shaders pack compliments those additions quite nicely.

Lastly, certain effects can be disabled or enabled. While these shaders add an incredible detail to the natural effects of the game, it is sometimes best for the framerate to disable certain effects. Because Slidurs’ Shaders integrate the many different builds of software and hardware that players have, this feature compliments the great level of accessibility this shaders pack has to offer.

Not sure if this shader is right for you, you can easily compare it between Minecraft vanilla and other shader packs with our ⚖️Shaders Compare Tool.

Use the slider to compare and make selection

Something You Should Know

Check out Sildur's on the Official Source

doesnt work on 1.17 the particles all go black

game crashes with enhanced default, and all blocks and items in inventory are black with lite

why does my game crash when i use the enhanced default

why does my shader option is not available?

I cannot download this! is someone can help me?

USE THIS FOR MORE FPS

This shader is best shader

All the entities are just glowing white. Did I do something wrong? If so, how do I fix it?

Can it be on android

I LOVE THIS TEXTURE/SHADER PACK

Actually none of this is a virus, one part is though, its not ment to be a virus. You’re supposed to wait 5 seconds then in the top right click skip ad. This is so the maker of the shaders can get money.

I support the page I recommend :)

I think that it will make my builds look cool.

Beacons cast shadows and the shadows move around based on the player position rather then being entirely based on the light source.

So interesting thing, I can run these shaders on the high version very well, with an 8th gen i3 intel processor, 8gb of ram, and Intel UHD Graphics 620, which is somewhat low-end, I am very impressed on the performance for the laptop, and the optimization of this pack!

For some reason with this shader pack its really dark for me. It’s not just this one but with many other popular ones as well. Anyone have a idea on how to help me? I know my computer can handle it fine because I have a i7 7700, 16gb of ram and a gtx 1070 ti. Here is a image of what I am seeing on screen
https://imgur.com/NE0f3Vq

i wan’t to download this shader, would you fix link it, please?

file missing bro.. did you fix it, please? i want download this shader

I downloaded Sildur’s Vibrant shaders 1.17 Extreme and it runs fine. But for some reason Mobs and my own hands don’t render right and don’t have any color and they also shake up and down. Other than Mobs and my hands everything else looks great and it runs well.

I am having an issue where the breaking block textures like the cracks that appear when u start breaking a block do not show up at all. Everything else works fine, however.

Which particular shader was used in the second-last picture, the one with water (not the swamp) and mountains? I absolutely love it! 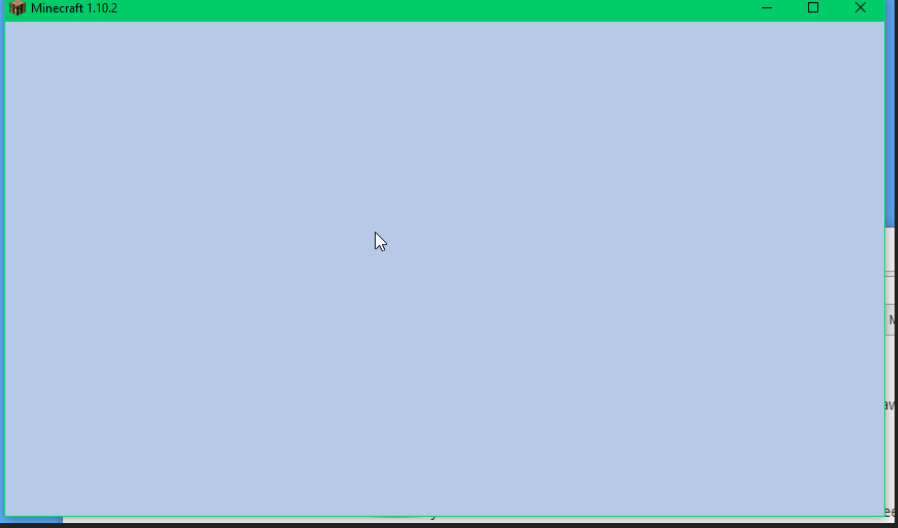 Keeps flashing that and I can’t do anything in “Minecraft” window.
Specs: 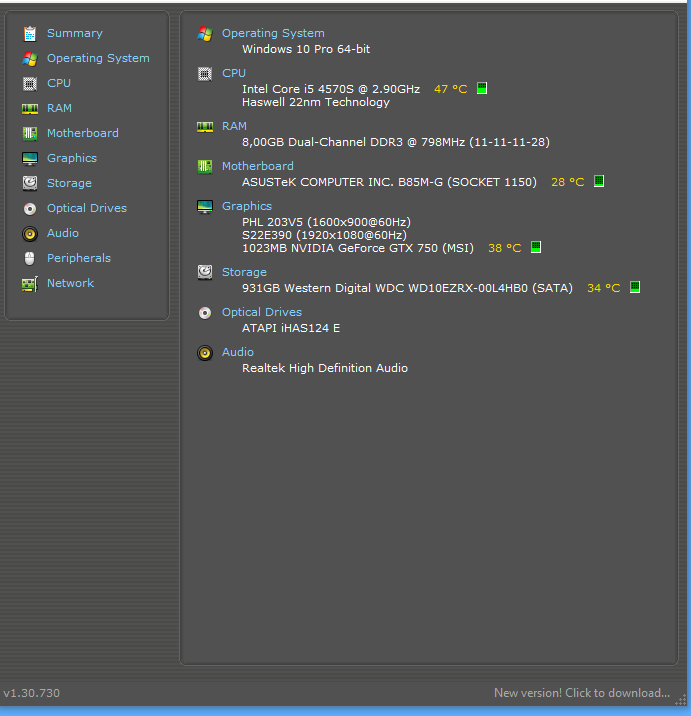 I meand the Extreme Pack

Hello, i’ve a problem
I can see the clouds wherever i look
They does look so foggy
How can i change it
I’ve the latest Version, Mc 1.12.2 and of the shader too
It`s the ultra pack
Thank You 😜

GLSL Shader mod official website is not working therefor I can’t download it and use this Shader!!!

Unlike other shaderpacks, Sildur’s Shaders is designed to work on all graphics cards and computers, including Macs, while still delivering a great graphical experience.

Was it really necessary to host the file through a virus-bloated minefield just to get a cent per thousand downloads?

Tried out the vibrant shaders v1.163 and for some reason the clouds are always in front of everything, even when way below them. Furthermore, the game instant crashes whenever I punch a block. Not sure if it was this mod or the ShadersMod required to run it, but either way it was completely unplayable

i spawn in with a black screen….

when i spawn it just has a black screen :/

What is it with all of these texture packs making everything super bright and saturated? Holy hell.

Hello. I really enjoy your shaders pack. Lots of ways to customize it in the shaders options. But i was wondering if you could add an option that allows you to change the color of light that is emitted from things such as torches, glowstone, ect. I’m not a fan of the classic orange light. I prefer the lights to be white. If you could also change the graphics of the water to make it look something like BSL shaders that would be nice. Thanks!

in this shaders extreme and extreme-Wip is a viruse

Honestly, I see nothing wrong with any shader at all. P.S I spent twenty minutes reading all of these comments, lol

Anything that is supposed to be white turns out yellow lol. Anyone know how to fix?

Whenever I try to open the shader, my screen just turns completely white, can someone help me?

How to Dow this shader

how do i downoad it

Some one you will never see again.

Night vision potions do not work

and beacons should be white, and beacon beams whatever color they are (or white if you cant do that)

I would like to request a feature: Light emitted from end rods and Sea Lanterns should be white instead of torch yellow

Hi!! Please help! Fireworks glitch horribly if I use them!

Does this work in 1.11? I’ve tried it with the necessary stuff (forge, Optifine) but I don’t see the shaderpacks option ingame.

How come none of these idiots can read?
1.you need optifine
2. the link is at the bottom
3.do %appdata% then click. minecraft
4.go to shader packs and drag and drop the shaders pack in to the shaders folder.
5.(optifine will automatically create a folder)

The Pro Shader
The Best

I have a white stripe on the top of my screen, it’s like 4 cms width, how do i remove it ?

Guys, you must be idiots to come on here. This site can give you malware, unwanted programs, or just plain junk on your computer. This site also monetizes (earns money from other’s work) ILLEGALLY. This site is no where close to official, it’s just a kid/company who wants to make money, and just for money. For these shaderpacks, always go to the Minecraft Forums and search what shaderpacks you want. No one should ever make these sites, they are complete junk that can harm you computer. Every click on the download, they get money. Whoever they are, we don’t want them to. There are plenty sites of the Minecraft fanbase. Don’t be fooled by these. The ONLY places you should be downloading mods, resourcepacks, etc. for Minecraft is the Official Minecraft Forum, and Planet Minecraft. On these two trusted sites, add-ons for Minecraft are uploaded by the true developer. On sites like these, no, they aren’t, and take advantage of complete idiots (like you guys) an make money off of it. Search karyonix’s shader mod, click the first link, and scroll down to see a list of shaderpacks. Don’t be oblivious.

Custom Skies are THE WORST

Is there any way that I can turn off the custom sky?

fart smeller is a idiot

you guys need to deactivate adblock to enter the installation lol

Optifine has shaders built in

I would suggest running the browser in sandboxie. I would also suggest you stop looking at the shiny download buttons.

I get blocky letters and chests and many mobs apear solid black, how do i fix?

So I installed the High system and it made my MC lag a bit, so I’ve been trying to install the Medium system, but the MediaFire link continues to take too long to respond (according to Chrome). All other websites are working fine, can anyone give me a non-MediaFire link to download the Medium system? Thanks.

As stated above check the offical thread if you need more information or help:
http://www.minecraftforum.net/forums/mapping-and-modding/minecraft-mods/1291396-1-6-4-1-9-4-sildurs-shaders-pc-mac-intel-latest

I get this weird fog that i cant remove i have optifine installed and this is for 1.8.9 i need help

umm ive tried all of the links , they must be down or something cause they dont work….
thanks
-kyle

How to install this?

it wont show me the shaderpacks folder on the mac

What is the texture pack in that last picture???